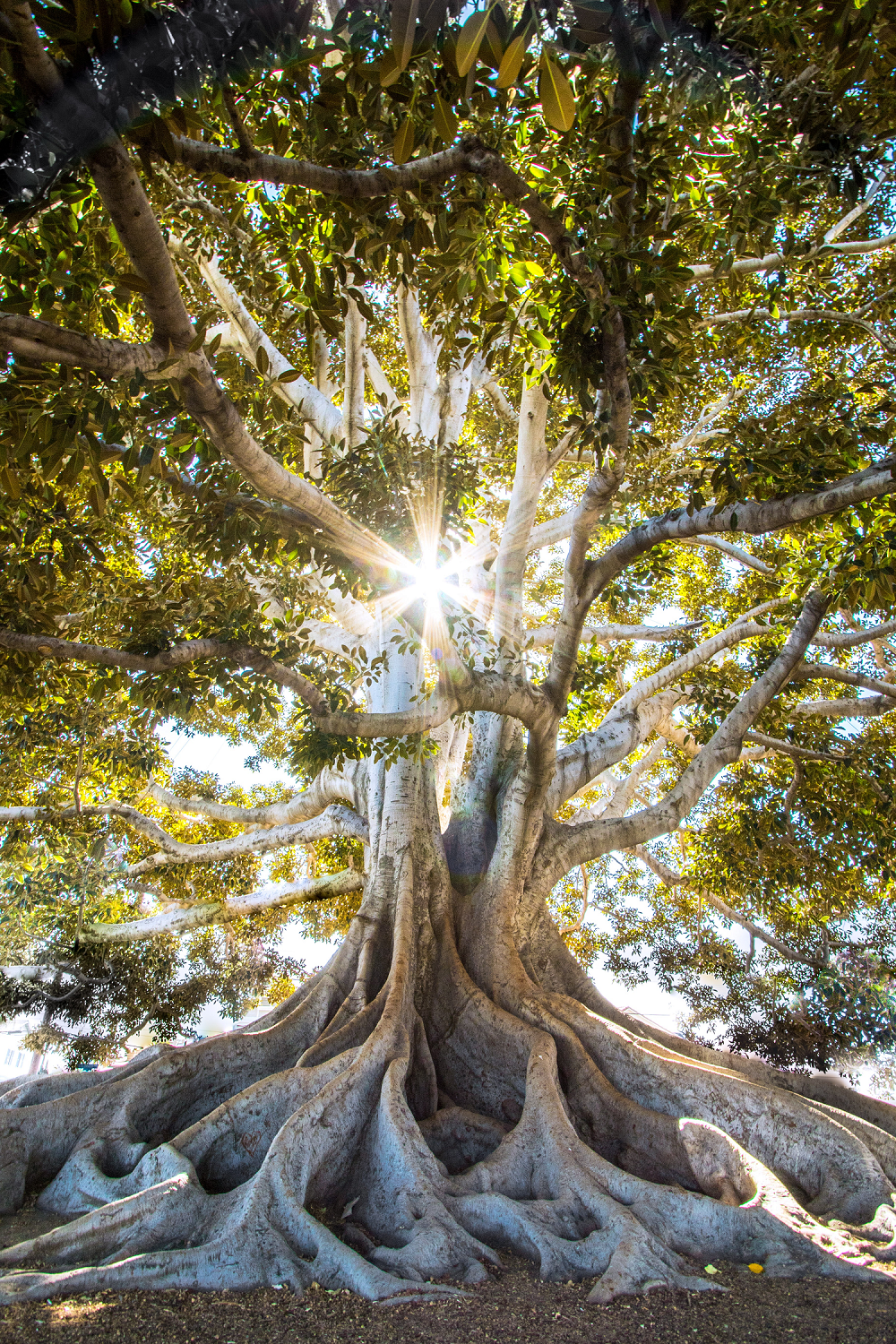 “The best time to plant a tree was 20 years ago.
The second-best time is now.”
~ Chinese Proverb

I was driving home recently, thinking about how our foliage season had been rather bland and noticing that the trees were finally beginning to get bare. I love the look of a winter tree and how we can see its “bones”, those limbs and branches that the leaves keep hidden over the spring and summer.  Looking at those that lined the road I was on, I see how some really were planted in the wrong place. They’re growing into the power lines and the utility companies have trimmed them without any thought to their beauty.

What else could they do? Chop them down? Start all over again? No, no, no! I hate to see a tree taken down. And the new one? Will I even be around to see it mature to its full glory!

While better siting initially would have been ideal, I reflected on how artful, thoughtful trimming and tweaking would be so much better. To me, that’s a reasonable solution. In nature, as well as in life.

It doesn’t have to be done all at once. Small tweaks, small changes can have such a ripple effect. Continuing with the analogy of trees, last year my neighbor took down some large branches that hung over our property. Just removing those few branches gave my garden a whole new life. Plants that had dwindled as the shade increased, got a second chance. Where before I could only put in shade tolerant plants, now I could expand my selections.

That small change led to possibilities.

And then there are times when radical change is called for. It requires spiritual courage and trust.

When we bought our house almost 20 years ago, we had a gnarly old apple tree in the yard. It wore its years well. Until it didn’t. I am particularly partial to gnarly trees, so I brought in an arborist, assuming that he would heal it. Instead he said to me, “Well, you can spend the next few years watching it die, or you can take it down and plant a new one and watch it grow.”

We took it down and planted a new one. It’s growing quickly. I may not be here to see it reach its full potential but I am enjoying it now.

In the scheme of things, cutting down a tree is not life shattering. However, I find it to be a good analogy for other parts of my life.

Letting go, starting anew, change – it can be sad. It can feel big. Transitioning from one stage of life to another, from one career to another, hey, sometimes from one task to another can feel daunting. Once daunted, we shrink back.

Time will always finish the job one way or another. This is one of the few guarantees in life.

In the case of the apple tree, it would have eventually died completely and I would have missed out on years of a healthy tree that peers over the fence, keeps its healthy color and shows off in the fall.

As time does its thing, however, the question to ask is whether or not the change that is occurring is the change you want. Whether it was for your best self. Are you being pulled along and letting time or others do your trimming? You have choices; there are possibilities.

Yes, looking down the barrel of change can be daunting. But it doesn’t need to be so. Sometimes small, deliberate changes ripple out and gift us with what is truly needed.

JourneyMidlife
Thank you for sharing!
Related Posts
This Post Has 0 Comments